How To Ruin A Drink

Canned beef broth brimming with hydrolyzed yeast, msg, and caramel color. Ruin the phrase “on the rocks” for you?

Let Campbells replace the sweet frosty delight of milkshakes with these vintage suggestions, like chilled Cream of Chicken shake. Add parsley for garnish, of course.

Watch this small child’s brilliant ethical reasoning win his mother over. They won’t be eating octopus in this family ever again.

My favorite new gardening book is oddly fascinating and entirely useful. I’ve been growing new varieties like Purple Magenta flour corn, thanks to The Resilient Gardener: Food Production and Self-Reliance in Uncertain Times

. I won’t be following some of the author’s recommendations, like building shelves on all my interior walls to cure a year’s supply of winter squash. I’m silly that way. Read my review here.

Will fracking affect you?

As I researched my article for Wired on fracking, the facts made me staunchly anti-fracking. I also discovered that land around our little farm is already leased to the gas and oil industry.  A post titled “How Fracking Affects Your Farmer’s Market” points out that the benefits of healthy organic foods may be up-ended if they’re grown anywhere near fracked sites. Author Harriet Shugarman, with the Climate Reality Project, writes chillingly about ways that contaminants can enter the food supply.

Endure an Entire Minute of a Creepy Cereal-Eating Clown

It’s pretty hard to imagine this isn’t a parody, but no, it’s an actual advertisement from somewhere in the 1960’s for a Post cereal. No wonder kids were afraid of clowns. And no wonder that cereal isn’t made any more. 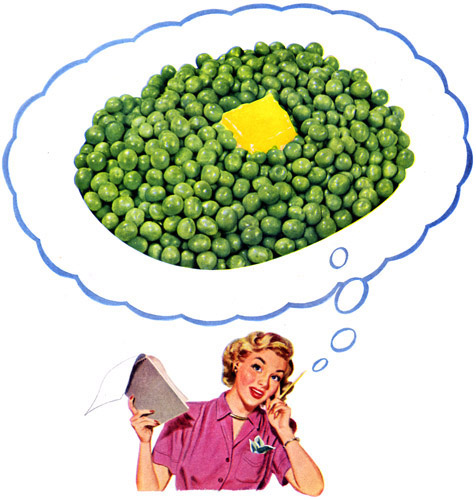 Posted in I smell links | Tagged links | Leave a comment

Ria Chhabra’s parents weren’t convinced that it was worth the extra cost to buy organic produce. So while Ria was still in middle school she decided to study the effect of organic versus conventional diets using fruit flies. It’s a great idea.  Fruit flies are commonly used in research related to human health because their short life spans allow multiple generations to be studied. And, three-quarters of human disease genes have a relevant match in the fruit-fly genome. Ria worked with research biologist Dr. Johannes Bauer, at Southern Methodist University. Some flies were fed organic bananas, potatoes, raisins, and soy beans. Some were fed conventional versions of these foods. Flies dining on organic foods were healthier on all measures including fertility, stress resistance, and longevity. The results were so significant that her research has been published in a peer-reviewed journal. Here are both scientists, one still in high school, discussing their research.

We know life on confinement farms is ugly and cruel. Nature is pissed off, even at the microbial level. Want proof?

There are pits under large-scale confinement hog farms to capture manure. Something nasty is happening down there that hasn’t been seen before. As manure breaks down it brims with toxic gases like hydrogen sulfide and flammable gases like methane. But over the manure, a foaming gray substance is appearing. It billows up to four feet thick, pushing through vents and floor grates. The gases are trapped, leading to sudden releases and sometimes explosions. This can be lethal. Barns have exploded, yes, with hundreds of animals trapped inside. And scientists can’t explain what’s happening.

The problem is spreading. At least 25 percent of large scale hog operations in the Midwest are plagued with foam.  A Mother Jones expose on the problem notes that pork producers are dosing angry bacteria in manure pits with more of what’s already overused in their industry. Antibiotics.

Here on our little farm, beekeeping has been going well. Until last winter when all of our colonies died. The honeybee crisis you’ve heard about is actually worse than you know. The most recent data shows that US beekeepers lost 45 percent of their colonies over the winter. Look at the wondrous lives of these creatures in this six-minute film, narrated by Bill McKibben.

This young whistleblower shows that even “celebrity chef” offerings at school are lies. Great film, to be shown at an upcoming film festival.

You Can Buy More Beer In China

How much food can $5 buy around the world? A lot of beer in China. A lot of bananas in Ethiopia. Wish the video makers had stretched to include more food variety and a lot more countries. Still, pretty interesting.

When Heft & Attitude Was Sexy

Burlesque 1890’s (All images from the Charles McClaghy Collection)

to a slimmer body ideal prevalent by 1910. 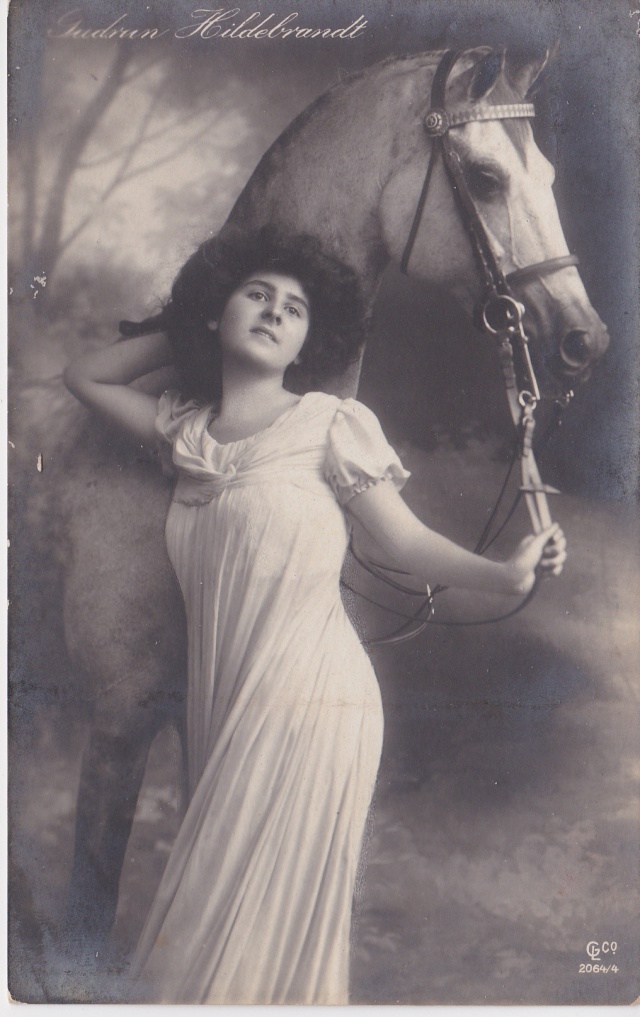 Some of us were born in the wrong era. Maybe we can blame it on microbes.

Obesity Related to What Is Living In Your Gut

You and I have somewhere between 500 and 1,000 species living in our digestive tracts.  (Even your poo is roughly half living bacteria by weight.) Some have speculated that so-called higher life forms like us are really just a convenient housing system for microscopic life.

We need to pay closer attention to which life forms our diets are cultivating. A diet of junk food, sugar, and refined carbs spurs the population of a not-so-health-friendly endotoxin-producing species called Enterobacter cloacae. A healthy diet can reduce the presence of this bacterial nightmare, which in turn corresponds with weight loss. How much does Enterobacter cloacae have to do with weight gain? When it’s introduced into normal-sized mice, they super size. Yet another reason to eat real food. 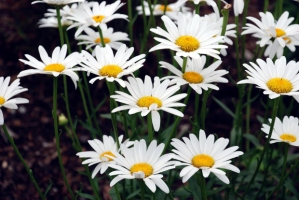 Can you have a wedding with food, decorations, and entertainment all for $100? It’s possible. In fact I went to it. Best wedding ever.

Posted in I smell links, Uncategorized | Leave a comment

What, You Don’t Serve Ham Cake?

This image may have ruined your appetite, but here are some thought morsels for your brain to nosh upon.

Kellogg cereals and flaked cereals in general, got their start from an ardent (actually, anti-ardent) activist physician, John Harvey Kellogg. He was sure that meat as well as flavorful or spicy foods increased sexual desire, while bland foods cooled it. He set out to re-invent breakfast in ways that dull livelier appetites. Some of his methods, like yogurt enemas, thankfully didn’t catch on. Others, like corn flakes, did. Much latter, cereals were sweetened into products like Corn-fetti and Ranger Joe before Frosted Flakes won over the market.

Your Heart & Fat Are Friends

Lipid researcher, 98, is still telling the world that dietary cholesterol is good for your heart. You’d think his own longevity and mental acuity would help prove the case.  Fred Kummerow has spent more than 60 years studying the dietary factors that contribute to heart disease. His new paper has just been published in the American Journal of Cardiovascular Disease, reviewing the research on lipid metabolism and heart disease. Kummerow says, in essence, the fault lies with unnaturally oxidized fats (caused by frying foods in reused oil, eating lots of polyunsaturated fats, or smoking). Here’s another study questioning conventional dietary advice about all those natural fats (butter, lard, coconut oil, etc) being bad and synthesized fats like margarine being good. Yeah, we’re the smart primates.

We opened our bee hives on the first warm day. After years of beekeeping, for the first time ever we encountered silence. The unbelievable story of our first hiving doesn’t have the best ending. More than ever, it’s vital that you sign the petition requesting a ban on neonicotinoid pesticides. Other ways you can protect the world’s bees include avoiding all GMO crops. Since most of US corn and soy products are genetically modified, that means buying no corn or soy unless it’s certified organic. For us, we’ll start over with just two colonies and a whole lot of hope. We’ve seen a queen bee work miracles.

Posted in I smell links | Tagged links | Leave a comment 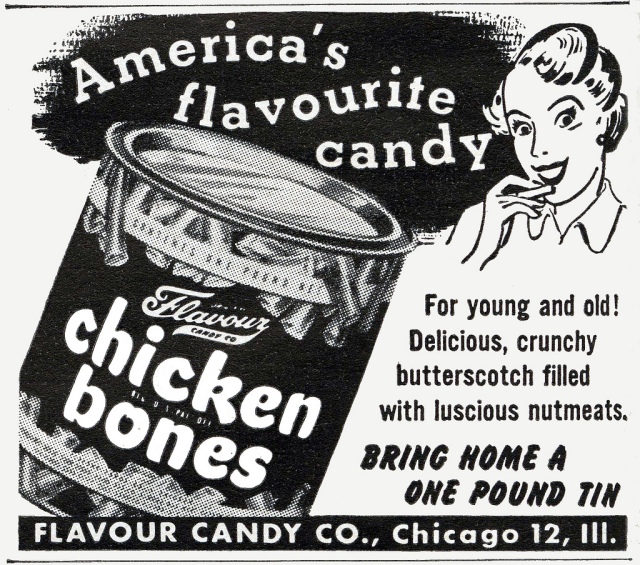 1. Julia Child didn’t start learning about cooking until she was 37.

2. Feast your eyes on the Big Appetites photo exhibit.

5. Waaa. Superweeds may spell the end of GM crops.

6. SING IT WITH ME, “F Monsanto and F GMO, F Roundup and bovine growth hormone.”

7. Did you know Back wrote a Coffee Cantata?

Apparently coffee, relatively new at the time, was expensive. A woman was so enamored of the drink that she refused to marry unless she could go on drinking coffee (to the horror of her father and suitors). The lyrics include this gem: “Father, don’t be so severe! f I can’t drink my bowl of coffee three times daily, then in my torment I will shrivel up like a piece of roast goat.”

Posted in I smell links, Uncategorized | Leave a comment

Really, don’t miss this vicarious experience. Lots to feast your eyes on including Mr. Lees himself as he learns to roll out pasta, taste unusual dishes, and stretch his legs across borders.